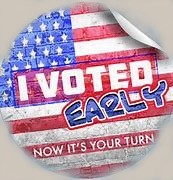 He was born on October 29, 1946 in Portage, Michigan to Gordon and Ethel (Denniston) Downs and was graduated from Portage High School.  He continued his education at Lake Michigan College in Benton Harbor, Michigan.  He was employed at Bendix Aerospace in South Bend, Indiana, retiring from its successor, Honeywell Aerospace in 2007 after 30 years of service.  He has lived in Niles since 1972, and was a winter resident of Lake Wales, Florida where he had made many friends.

David was a member of the Loyal Order of the Moose Lodge #449 in Buchanan, Michigan and the American Legion Post #26 in Niles.  He was an avid golfer, participating in leagues from the Moose, Simplicity Pattern, and Tyler Refrigeration.  He was a fan of the Detroit Lions Football team,  the Detroit Tigers, and the Chicago Cubs.  He was also a frequent spectator of his children’s and grandchildren’s activities at local athletic events including Thomas Stadium, Niles High School, and Fireman’s Park on Bell Road.  He was well known for his support of the Democratic Party and his willingness to campaign amongst friends and family for his favorite candidates.

He was preceded in death by his parents, Gordon and Ethel Downs and earlier this year by a brother, Richard G. “Dick” Downs on June 28, 2020.

On June 29, 1973 he married the former Beverly Carol Barr with whom he celebrated this summer the forty-seventh anniversary of their wedding.

The family of David Downs will gather privately to share memories of Dave and honor his life.  Contributions in memory of Dave may be made to the Niles Brandywine Girls Softball Association, 320 Bell Road, Niles, Michigan, 49120; http://www.nbgsasoftball.com/.   Arrangements were made at the Halbritter-Wickens Funeral Home, 615 East Main Street in Niles.  Online condolences may be left at:

David loved life, whether on the golf course, in the bleachers at a stadium, or in the pool in Lake Wales, but always with friends and family, and especially his wife, Bev.  Although his leaving was unexpected, he was able to cast his absentee ballot for next week’s election, and spend an evening overlooking the lake, at a party, with his family.

To send flowers to the family or plant a tree in memory of David Downs, please visit our floral store.

The family is gathering privately to share memories and honor the life.