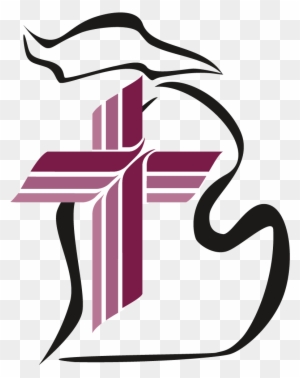 He was born on January 23, 1934 in Niles to Ernest H. and Agnes M. (Nicolay) Libey, Sr., and was graduated from Niles High School.  He was employed in three of Niles’ greatest employers, National-Standard, Tyler Refrigeration, and Niles Community Schools.  He was devoted to providing for his family and was a hard worker, such that he had enough credits to be retired from two employers, and sometimes between plant closings, he made-up extra hours working at the Radewald Farms.

Ernie was a longtime member of Saint Paul’s Lutheran Church in Niles.  He was known to dine at restaurants often, and most often at the Rise N Shine Café in Niles.  At home, he enjoyed caring for the yard including the flowers, the lawn, and a great hedge that provided some relief from the busy highway.  He could also be found in the garage, “tinkering” with various projects, usually a carpentry craft.  He loved his pet dogs, but loved even more his family

He was first married on July 31, 1954 in Niles to the former Alice V. Hearington who preceded him in death on July 28, 2012 – just three days short of the fifty-eighth anniversary of their wedding.  They were sadly preceded in death by a 27-year-old daughter, Beverly K. Libey on June 29, 1984.  Ernie was also preceded in death by a son-in-law, Chris Clubine in a motor vehicle accident on August 29, 2013; and by Ernie’s sister and her husband, Cecelia and Albert Conover, and his brother, Lester Libey.

On September 13, 2014 in Niles he married the former Dorothy A. (Brant) Bonham Coward, who survives.  Also surviving are Ernie’s daughters, Janet M. Clubine and Carol Schultz; granddaughter, Melissa Lilley; Dorothy’s children, Allen Bonham, Mil (& Rene) Bonham, and Jessica Hawks; several step-grandchildren; a sister-in-law, Trisha Libey; many nieces and nephews from all of the sides of the family; and a great circle of wonderful friends.

The family of Ernest Libey, Jr. will receive relatives and friends from 11:00 a.m. until Noon on Wednesday, July 20, 2022 at the Halbritter-Wickens Funeral Home, 615 East Main Street in Niles.  At Noon on Wednesday, the gathering will process to Mission Hills for Committal Rites at the Graveside with the Rev. Joseph Liss of Saint Paul’s Lutheran Church officiating.

Contributions in memory of Mr. Libey may be made to the Humane Society of Southwestern Michigan Yeager Family Pet Shelter, 5400 Niles Road, Saint Joseph, Michigan, 49085, https://humanesocietyswm.org/.   Online condolences may be left at:

Ernie was a diligent worker, faithful church member, and devoted to his family, and especially to Alice and then to Dorothy; all fulfilling the command to love God and love people.

To send flowers to the family or plant a tree in memory of Ernest Libey, Jr., please visit our floral store.

A Memorial Tree was planted for Ernest

Join in honoring their life - plant a memorial tree