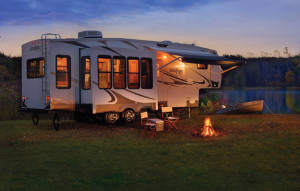 He was born on May 18, 1929 in Bremen, Indiana to Clayton F. and Mary L. (Dreibilbis) Albert.  He was graduated from the former South Bend (Indiana) Woodrow Wilson High School.  In 1951 he was inducted into the United States Army where he served for two years, and was Honorably Discharged as a Veteran of the Korean Conflict.  He returned to South Bend and was employed at the former Studebaker Automobile Company.    In 1956 he moved to Niles and was employed at the former Tyler Refrigeration in Niles for thirty years prior to retirement.

Fred was a longtime member of the Huntly Memorial Baptist Church in Niles where he was affectionately known as “Papa Fred”.  He enjoyed camping with his family throughout the United States, beginning with a pick-up truck mounted camper of his own design and manufacture.  That first camper was replaced by a “store bought” camper, with successors of increasing size, culminating with a fifth-wheel camper suitable for winter residence in Florida.

His knack for building included successfully adding a basement under the house in which they lived, and leading a housebuilding project for his children.  Fred’s self-taught craftmanship included a level of creativity and ingenuity that became known as the “Frederized” technique.

On May 19, 1956 at the historic Studebaker Monson Chapel in South Bend he married the former Margaret Lucille Wood with whom he celebrated the remarkable fifty-seventh anniversary of their wedding prior to her death on November 9, 2013.  He was also preceded in death by a grandson, Wendell Linde on April 6, 2018; son-in-law Gary Shaw, Sr. in 2016; and brothers Frank Albert and Evan Albert.

The funeral service for Fred Albert will be at 11:00 a.m. on Friday, May 29, 2020 at the Huntly Memorial Baptist Church, 1139 Huntly Road in Niles with Pastor Dale Welling of the church officiating.  Committal services will follow at Mission Hills and will conclude with Full Military Honors by the United States Army Honor Guard and American Legion Post #51 of Buchanan, Michigan.  Relatives, neighbors, and friends may prefer to witness the ceremony via the livestreamed broadcast available on the Halbritter-Wickens Facebook page: https://www.facebook.com/halbritterwickensfuneralservices/.

Contributions in memory of Fred may be made to Huntly Memorial Baptist Church.  Arrangements were made at the Halbritter-Wickens Funeral Home, 615 East Main Street in Niles.  Online condolences may be left at:

Many members of Fred’s family, neighbors, and the church enjoy items with the custom Frederized touch.  More important was Fred’s faithfulness to his church and Jesus Christ, and his special love for his wife and family.

To send flowers to the family or plant a tree in memory of Frederick Albert, please visit our floral store.