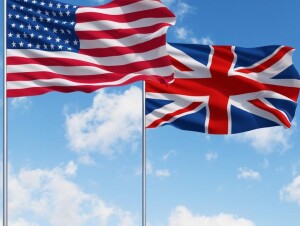 Gerald Francis Marshall, age 92 years young of Niles, Michigan, husband, father, grandfather, renowned physicist, devoted swimmer, and licensed pilot died peacefully on Monday, January 25, 2021 with his wife at his side at his home following a brief illness.  His family is grateful for the care of the kind and compassionate healthcare workers throughout his final days.

He was born on February 26, 1929 in Ilford, Essex County, England to Albert E. and Ethelena M. (Plaskett) Marshall.  Following his secondary education, he fulfilled the British National Service requirement with the Royal Air Force.  He returned to Southeast Essex University where he completed a five-year course in physics and math.  His career began as a physicist, marketing advisor, and research and development for three different firms in England and Scotland.

In 1967 he immigrated with his family to Boston, Massachusetts, continuing his career path as a physicist.  In 1990, he began full-time consulting as an optical engineer including laser scanning.  He was published in numerous technical journals, was awarded ten patents, and co-authored the Handbook of Optical and Laser Scanning.  He was an honored Fellow of SPIE – The International Society for Optics and Photonics.

As a young man in the U.K., Gerald began a lifelong discipline of fitness, once running a three-mile track event in the RAF in seventeen minutes.  The RAF also led to a keen interest in flying, earning his private pilot’s license in the 1960s, regularly attending the biennial Farnborough International Airshow trade exhibition, and experiencing both floatplane and skiplane operation.

Gerald was a member of Saint Mark Catholic Church in Niles for 22 years, was a member of the YMCA where he swam daily, and a former member of Toastmasters International.  He built furnishings in his home woodshop, enjoying the efforts only when each piece approached perfection.  He continued to support physicists and engineers as a résumé consultant, job placement counselor, and mathematics tutor.

On October 11, 1958 at Saints Peter and Paul Catholic Church in Ilford he married the former Irene Mary Stook with whom he celebrated last year the remarkable Sixty-second anniversary of their wedding.  Gerald and Irene were sadly preceded in death by two children, Clare Dedrick on June 7, 2013 and Mark Marshall on December 13, 2017.  Gerald was also preceded in death by five siblings, Donald, Edward, Léon, Andrée, and 7-year-old Kathleen.

The Mass of Christian Burial for Gerald Marshall will be celebrated at 11:00 a.m. on Monday, February 1, 2021 at Saint Mary Catholic Church, 207 South Lincoln Street in Niles by the Rev. Christian Johnston assisted by Deacon Roger Gregorski.  Committal Rites will follow at Calvary Cemetery in Niles.  Attendance will be limited, masks required, and social distancing practiced.  Others may witness the events via the livestreamed broadcast on the Halbritter-Wickens Facebook page: https://www.facebook.com/halbritterwickensfuneralservices/.

The family will receive relatives and friends at church on Monday beginning at 10:00 a.m.  Arrangements were made at the Halbritter-Wickens Funeral Home, 615 East Main Street in Niles.  Online condolences may be left at:

As an eleven-year-old, Gerald experienced the London Bombing, and was evacuated with his family from their devastated neighborhood.  As an adult, Gerald spent his life as a physicist studying optical phenomena and chose to apply that knowledge to non-military applications.  He enjoyed piloting aircraft for civilian use, and teaching others how to apply physics to higher purposes, even volunteering at Saint Mary’s Elementary School in recent years.  He clearly understood the value of life, and - most importantly - used his life to love his wife and his family, and as a devout Catholic, to worship life’s Creator.

To send flowers to the family or plant a tree in memory of Gerald Marshall, please visit our floral store.