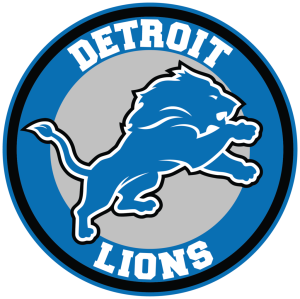 He was born on January 30, 1953 in Niles to Roosevelt and Etha G. (Black) West, Sr. and was graduated from Niles High School.  He continued his education at Southwestern Michigan College and completed a certificate in blueprint drawing at a drafting trade school in Detroit.  He was employed for many years at the former Putnam Tool Company plant in Detroit before moving to South Bend, Indiana for several years.  He later returned to Detroit for a few years and finally settled in Niles in 2019, taking residence at the new Berkshire Niles where he enjoyed greeting neighbors from his balcony overlooking the entryway.

Henry was raised with his eight siblings within walking distance of Mount Olive Missionary Baptist Church where they worshipped every Sunday.  Since returning to Niles he has been attending God’s Mercy Seat Missionary Baptist Church on Detroit Road.  He enjoyed watching a wide variety of sports on television, even when his Detroit Lions lost (too often).  Of course, he could only truly enjoy watching TV if the room was clean and tidy, being a lifelong ‘neat freak’.  He also enjoyed reading newspapers, magazines, and novels by black authors.  His neighbors were familiar with his interest in listening to Motown music, but how could they complain about such artists as The Spinners (technically from Ferndale, Michigan – just across Eight Mile Road) and the late great Marvin Gaye; two of Henry’s favorites.

Henry was formerly married to Pamela Williams.  He was sadly preceded in death by a daughter, Desiree West in 1996, by a step-son, Douglas Williams in 1992; his parents, Roosevelt and Etha West, Sr.; and by siblings Roosevelt West, Jr. in 1980, Maxine Smith in 1988, and Rosie Moore in 2016.

The funeral service for Henry West will be at Noon on Friday, October 2, 2020 at the Halbritter-Wickens Funeral Home, 615 East Main Street in Niles with the Rev. Dwane G. West of God’s Mercy Seat Ministries officiating.  Committal services will follow at the grave in Silverbrook Cemetery in Niles.  Those who prefer to witness the ceremony via the livestreamed broadcast may do so on the Halbritter-Wickens Facebook page: https://www.facebook.com/halbritterwickensfuneralservices/.  Online condolences may be left at:

Henry’s life included the successes of education and career; the discipline to keep a comfortable home; an appreciation for sports, literature, and music; and the friendliness of neighbors, love of family, and a knowledge of the Source of these blessings.

To send flowers to the family or plant a tree in memory of Henry West, please visit our floral store.