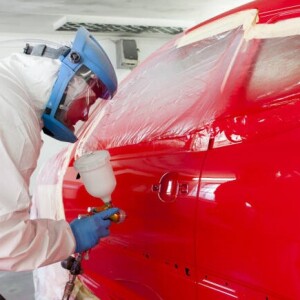 LaVon Dale “Ron” or “Hermie” Herrmann, age 79 years of Niles, Michigan died peacefully Saturday morning, August 15, 2020 at his home.  His family is grateful for the kind and compassionate care provided by the staff of Caring Circle Hospice at Home.

He was born on July 12, 1941 in South Bend, Indiana to Edwin and Margaret (Boettcher) Herrmann, was graduated from Niles High School, and has lived in Niles all of his life.  He attended trade school in Danville, Illinois, and was a talented autobody repairman all of his career, including many years at the former Lee Dennis Briggs Oldsmobile and Cadillac dealership on North Fifth Street.  In 1974 he won a bodyman and painter award.

As a young man Ron was an avid motorcyclist, competing in motocross and ice racing, and was a champion hill climber.  Later in his life he enjoyed restoring classic cars, including a 1932 Chevrolet pickup and a 1936 Ford coupe which were featured in Hot Rod magazine.

He was a member of the Niles Moose, and a great fan of the University of Michigan football team.  But his greatest pleasure was fishing, especially with his son, Ed and grandson, Ryan.  The three of them were good fishing buddies, but also enjoyed other activities.

Ron was married to Karen Barthel in December of 1970.  He was preceded in death by his parents.

Ron was taken care of and loved by his son, Edwin “Ed” Herrmann for the last several years of his life.  In addition to Ed, Ron is survived by his grandson, Ryan; a brother, Skip, a sister-in-law, Sharon and their children.

The Memorial Service for LaVon Herrmann will be at 11:00 a.m. on Friday, August 21, 2020 at the Halbritter-Wickens Funeral Home, 615 East Main Street in Niles with Pastor Chris Glantz of Granger Community Church officiating.  Those who prefer to witness the ceremony via the livestreamed broadcast may do so on the Halbritter-Wickens Facebook page: https://www.facebook.com/halbritterwickensfuneralservices/.  Online condolences may be left at:

To send flowers to the family or plant a tree in memory of LaVon Herrmann, please visit our floral store.