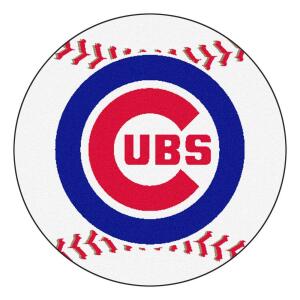 Lorraine Marie Van De Putte, age 97 years of Niles, Michigan, mother, grandmother, aunt, bridge player, hostess, and devout Catholic died peacefully at 1:44 a.m. on Friday, June 4, 2021 at her home in Niles.  Her family is grateful for the kind and compassionate care provided by the staff of Woodlawn Terrace at Longmeadow, and during her final days by the staff of Caring Circle Hospice.

She was born on February 5, 1924 in Chicago, Illinois to Florent and Elizabeth (Eckelaert) Verhulst, and was graduated from Nicholas Senn High School in Chicago.  She was active from her earliest years including training on the ice with the long skates to win many speed-skating events.  She came to Whitehall, Michigan in 1955, and to Niles in 1966 where she was employed as a clerk at the former Niles K-Mart department store.  In 1980, she followed her husband’s public education career to Ypsilanti, where she continued with K-Mart.  She and Maurice retired to Ocala, Florida in 1983, and following his death, she returned to Niles in 2008.

Lorraine was a devout Catholic all of her life and was currently a member of the Saint Mark parish in Niles.  She was also a lifelong loyal fan of the Chicago Cubs, and enjoyed watching other sports.  During her earlier time in Niles, she was active with the Welcome Wagon, introducing new neighbors to the community and to sponsoring businesses.  Continuing her sporting interests, she was a regular golfer at the Plym Park Golf Course – with the handicap of being naturally left-handed but playing with right-handed golf clubs.  She became a bridge club player, eventually teaching bridge to her new friends in Florida.

She had a gift for hospitality and enjoyed hosting events at her home including a gourmet club, but she was best known for her decidedly un-gourmet Belgian Pasties containing only cubed pork, beef, onions, and potatoes in just the right ratio, good warm or room temperature.  On a quieter level, she was an avid reader and enjoyed other interests including crossword puzzles, knitting and other crafts, and watching the wildlife in the yard, especially the birds.  But her family was clearly her greatest interest.

On July 28, 1945 in Chicago she married Maurice Van De Putte with whom she celebrated the remarkable Sixtieth Anniversary of their wedding in the year prior to his death on March 11, 2006.  She was also preceded in death by her parents, and by her siblings, Florent J. Verhulst, Robert Verhulst, Mary J. Giddings, and Elizabeth Dembosky.

The Mass of Christian Burial for Lorraine Van De Putte will be celebrated with her family at Saint Mark Catholic Church by the Rev. Peter D. Rocca, CSC, assisted by Brother Dennis Meyers, CSC.  Later, again privately, the Committal Rite will be read at the graveside in Florida National Cemetery in Bushnell, Florida.  Contributions in memory of Lorraine may be made to Saint Mark Catholic Church, 3 North Nineteenth Street, Niles, Michigan, 49120, https://stmarkniles.org/; or to the Niles District Library, 620 East Main Street, Niles, Michigan, 49120, https://nileslibrary.com/.  Arrangements were made at the Halbritter-Wickens Funeral Home, 615 East Main Street in Niles.  Online condolences may be left at:

“Lorraine was one wonderful Mom, Grandmother, and GG.  She was loved dearly and will be missed immensely.”

To send flowers to the family or plant a tree in memory of Lorraine Van De Putte, please visit our floral store.

You can still show your support by sending flowers directly to the family, or by planting a memorial tree in the memory of Lorraine Van De Putte