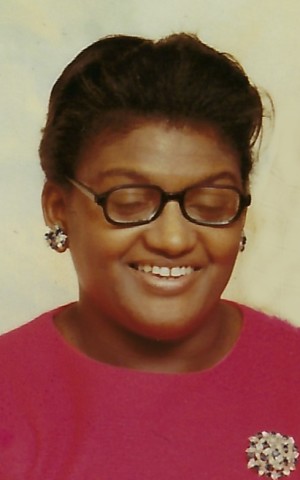 She was born on August 9, 1933 in Saint Louis, Missouri to Chapman R. and Geneva Cleo (Gaines) Cannon, Sr., and was graduated from Sumner High School, Saint Louis in 1950.  She attended Stowe Teacher’s College, and earned a bachelor’s degree in commerce in 1955 and a master’s degree in accounting in 1960 from Saint Louis University.  She was Certified as a Public Accountant in 1960.  She was employed by the United States Internal Revenue Service serving as a federal agent in the IRS offices in Saint Louis, Greensboro, North Carolina, Oklahoma City, Oklahoma (during the bombing of the Alfred P. Murrah Federal Building), and Philadelphia, Pennsylvania from which she retired.  She has lived in Niles since 1995.

Mamie took a leave of absence from the IRS from 1986 through 1988 to assist her brother and his wife in management of their business, American Beauty Products of Tulsa, Oklahoma.  ABP was a United States Top 100 black owned business with nearly 200 employees.  Its product line included the popular “Donnie’s Rejuvenation Super Curl”.

Mamie was a member of the Trinity Episcopal Church in Niles and of its Choir, and a life member of the Eta Mu Omega Chapter of the Alpha Kappa Alpha Sorority, Inc.  She was a former member of the Executive Board of the Cass County Council on Aging where she helped with the success of its annual Trivia Night fundraiser.  She enjoyed traveling, including her final trip to New Orleans, Louisiana last month to cross the 24-mile-long Lake Ponchatoula Louisiana Bridge “The Causeway”.

In 1960 in Saint Louis she married David C. Okeke with whom she celebrated the twenty-sixth anniversary of their wedding prior to his death in 1993.  She was also preceded in death by her brother, Captain Chapman Cannon, Jr., U.S.Air Force, Retired on December 4, 2011 and his wife, Dr. Donnie Cannon on December 19, 2013; and another sister-in-law, Barbara Ann (Mrs. Robert) Radford on September 14, 2014.

The Episcopal Rites for Mamie Okeke will be attended by her immediate family via Zoom Video Conferencing at 11:00 a.m. on Friday, April 17, 2020 at the Halbritter-Wickens Funeral Home, 615 East Main Street in Niles with The Reverend Diane Pike of Trinity Episcopal Church officiating.  Relatives and friends are invited to witness the ceremony via the livestreamed broadcast available on the Halbritter-Wickens Facebook page: https://www.facebook.com/halbritterwickensfuneralservices/.  The Zoom Meeting will begin at 10:00 a.m. to allow the family to visit, and the Facebook Live will begin at 10:40 a.m. to allow viewers to connect and prepare for the ceremony.

Contributions in memory of Mamie may be made to the Cass County Council on Aging, 60525 Decatur Road, Cassopolis, Michigan, 49031; https://casscoa.org/.  Online condolences may be left at:

Mamie was well traveled, highly educated, and imparted wisdom to all who listened.  Her greatest joy was her profession, her church, and – above all – her family.

To send flowers to the family or plant a tree in memory of Mamie Okeke, please visit our floral store.