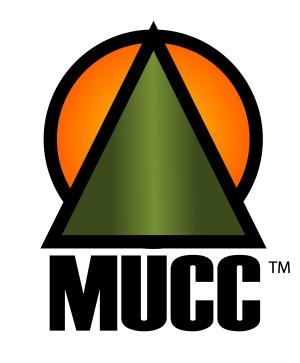 Marion May Patrick, age 92 years of Niles, Michigan, mother, grandmother, sister, cook, star dancer, and elite archer died peacefully at 8:22 p.m. on Saturday, December 19, 2020 at Brentwood Assisted Living in Niles following a brief illness.  Her family is grateful for the kind and compassionate care given by the staff of Brentwood.

She was born on May 23, 1928 in South Bend, Indiana to Willard and Mildred (Dyringa) Hall, and was graduated from South Bend Central High School at 16 years old.  She came to Niles in 1949, and was employed in the offices of the National-Standard Corporation in Niles for thirty years.

As a young lady, Marion began dancing, becoming proficient in several disciplines, but excelled in Tap.  She joined the Chicago studio of the late, great choreographer, June Taylor, joining the June Taylor Dancers who were touring with the late producer and entertainer, Jackie Gleason.  The troupe supported the war effort by performing at United Service Organization – USO – shows and at various war production factories.

Her athletic interest moved from dancing to archery, and just as she had reached the highest levels of dance, she became a champion archer.  As a member of the Michigan United Conservation Clubs, she won the state championship in archery . . . several times!  She toured the United States performing in exhibition archery events, and was a member of the Bend of the River Conservation Club in Niles, and the Saint Joseph County, Indiana Chapter of The Izaak Walton League of America.

While Marion enjoyed sharing her talents on-the-air and touring the country, she loved her home life, fishing with her family at Rice Lake in Ontario, Canada and playing Euchre around the dining room table.  Her kitchen bore evidence of her interest in chinaware from Holland, and was where she prepared wonderful meals, being able to  cook chicken into any combination of other ingredients.

On July 12, 1947 she was married to Lee O. Patrick – also a champion archer - with whom she celebrated the remarkable Sixty-seventh Anniversary of their wedding prior to his death on September 12, 2014.  She was also preceded in death by her parents and by a brother, Dick Hall and sister, Jean Fladeland.

The family of Marion Patrick will receive relatives and friends on Wednesday, December 23, 2020 beginning at 10:00 a.m. at the Halbritter-Wickens Funeral Home, 615 East Main Street in Niles.  At 11:00 a.m. they will share some memories of  Marion, and then will proceed to the graveside in Highland Cemetery in South Bend. Attendance is limited to twenty-five. Others may witness the events via the livestreamed broadcast on the Halbritter-Wickens Facebook page: https://www.facebook.com/halbritterwickensfuneralservices/.

Contributions in memory of Marion may be made to the Alzheimer’s Association, 225 North Michigan Avenue, Floor 17, Chicago, Illinois, 60601, https://www.alz.org/  Online condolences may be left at:

Marion shared her gifts as a dancer and archer in a manner that made life better for people  across the country, in the challenging service of war, and others in the pursuit of archery.  Her gifts as a homemaker, friend, wife, mother, and grandmother made the lives of those closest to her better, knowing that they were loved.

To send flowers to the family or plant a tree in memory of Marion Patrick, please visit our floral store.