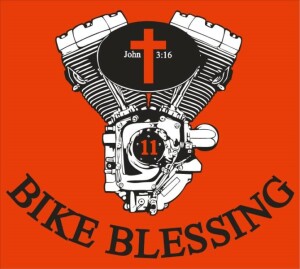 He was born on December 27, 1961 in Niles, Michigan to Adrian and Delores (Jann) Adams.  He attended Buchanan Schools, and earned his GED in 1990 from the Three Rivers (Michigan) Community Schools.  He moved to South Bend in the 1990’s from Cassopolis, Michigan, and owned and operated Adams Home Improvement.

Steve – also known as “Bean” – enjoyed the outdoors, often fishing at Dayton Lake, mushroom hunting, and hunting a wide variety of game, usually near Baldwin, Michigan, but the mounted trophies in his living room were collected through the United States.  He also canoed on the Pere Marquette River near Baldwin, and had a great appreciation for tattoos, as evidenced up and down his arms, and by the full back piece, earning him another nickname, “Tattoo”.  As befitting a man who enjoys being outdoors and tattoos, he owned a Harley-Davidson Super Glide with a high-performance engine which he rode for many years to the Sturgis (South Dakota) Motorcycle Rally.

More recently, Steve has enjoyed gardening, filling the backyard with a wide variety of flowers.

He was sadly preceded in death by an infant son, Tommy Mosier; and by his parents and a sister, Kathleen Jann.

The family of Stephen Adams will receive relatives and friends from 2:00 until 5:00 p.m. on Saturday, January 23, 2021 at the Halbritter-Wickens Funeral Home, 615 East Main Street in Niles.  Attendance will be limited, masks required, and social distancing practiced. Relatives and friends may witness the visitation via the livestreamed broadcast on the Halbritter-Wickens Facebook page: https://www.facebook.com/halbritterwickensfuneralservices/.  Contributions in memory of Steve may be made to Locks of Love, 234 Southern Boulevard, West Palm Beach, Florida, 33405,  https://locksoflove.org/.  Online condolences may be left at:

Steve worked hard as a contractor, hunted passionately, rode the big Harley, and laid for hours under the tattoo needle, but more than all of that he loved people, especially his relatives, his kids, and his fiancée.

To send flowers to the family or plant a tree in memory of Stephen Adams, please visit our floral store.