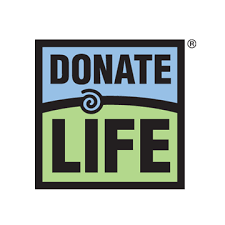 He was born on March 2, 1947 in South Bend, Indiana to Leonard C. and Shirley (Wyman) Wagner, and attended Brandywine Schools.  He was employed in the former Niles plant of Tyler Refrigeration for many years, and has lived in Niles all of his life.

Terry enjoyed fishing on Diamond Lake and watching WWF wrestling on the television.  He also enjoyed playing bingo, usually at the Rainbow Bingo Hall in Mishawaka, and really liked to play poker.  He usually won at poker, because he was good, but he was also good at cheating.  The last time that he sat-in on poker he not only won, but cleared the table.

He loved his dogs, Murphy, Lucky, and Miss Payton; but even more, he loved hanging with his kids.

He had been married to Lisa Cheney, who divorced Terry, but he has somehow never left, and they remain as close friends.

Terry was preceded in death by his parents and by a sister, Dixie Borden.

The family of Terry Wagner is planning to host a Celebration of Life, which will be announced in the future.  Arrangements were made at the Halbritter-Wickens Funeral Home, 615 East Main Street in Niles.  Online condolences may be left at:

Terry was a big man – many recall a fishing story which includes nearly sinking the small fishing boat – who lived a big life.  While he won big at poker and liked to cheer for the winning wrestlers, his greatest “win” was all the love shown him by his dogs, his friends, by Lisa, and especially by his kids and grandkids.

To send flowers to the family or plant a tree in memory of Terry Wagner, please visit our floral store.